East Sussex already has a real challenge with school attendance – their attendance statistics are among the worst in the country.  After taking a ‘soft’ approach for many years, the controversial ‘Get a grip’ campaign made attendance a hot topic in the media but was condemned by some parents and carers as patronising. However, for the first time in many years, attendance in primary schools showed some improvement. Finding the right tone and style is crucial.

The loss of learning for children of all ages over the last three months (due to the first UK lockdown) could have a long-term impact on their academic attainment, social skills and life chances. This is particularly true for children who are already vulnerable and disadvantaged.

Encouraging parents to send their children back to school is central to the government’s strategy to ease restrictions and get the country moving again.

The objective of the campaign is to provide reassurance and give parents, carers and pupils the confidence to return in September

This campaign had to reach as many people as possible across the whole of East Sussex. The ‘We Are Ready’ slogan became the common denominator between all pieces of marketing material, literature, social media messaging and radio campaign.

A key requirement was ensuring the graphics were eye catching but could also be adapted to multiple sizes of varying proportions.

After three initial concepts, we all agreed upon a cartoon strip approach which would allow it to be bold, appealing to all age groups and adaptable. Elements could be used in different positions depending on artwork sizes without any compromises on clarity.

The cartoon style allowed for use to create a diverse range of characters in multiple poses to illustrate each message. A social media image suite was created but we were also able to react to questions and comments with additional graphics to accompany follow-up posts. 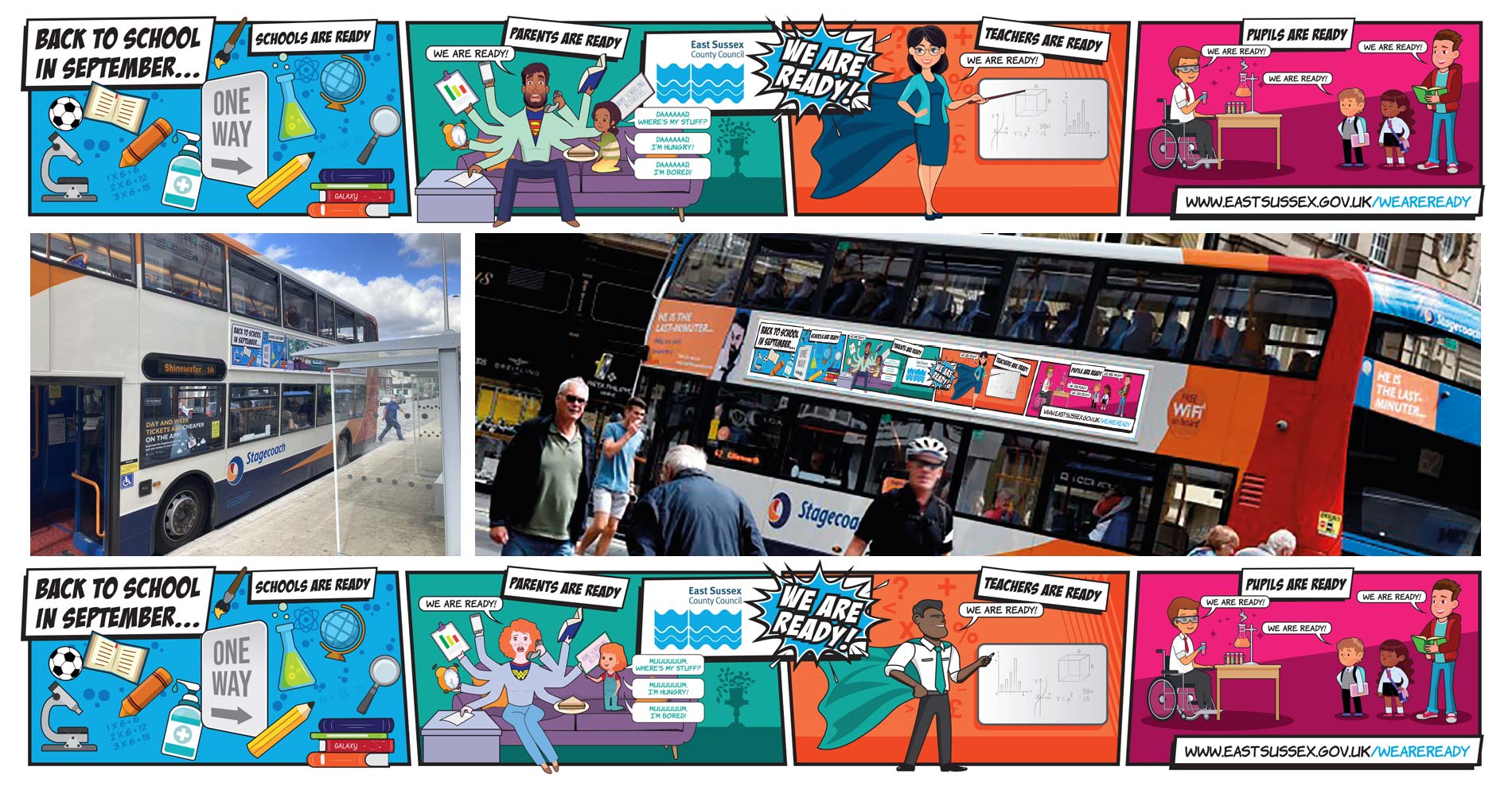 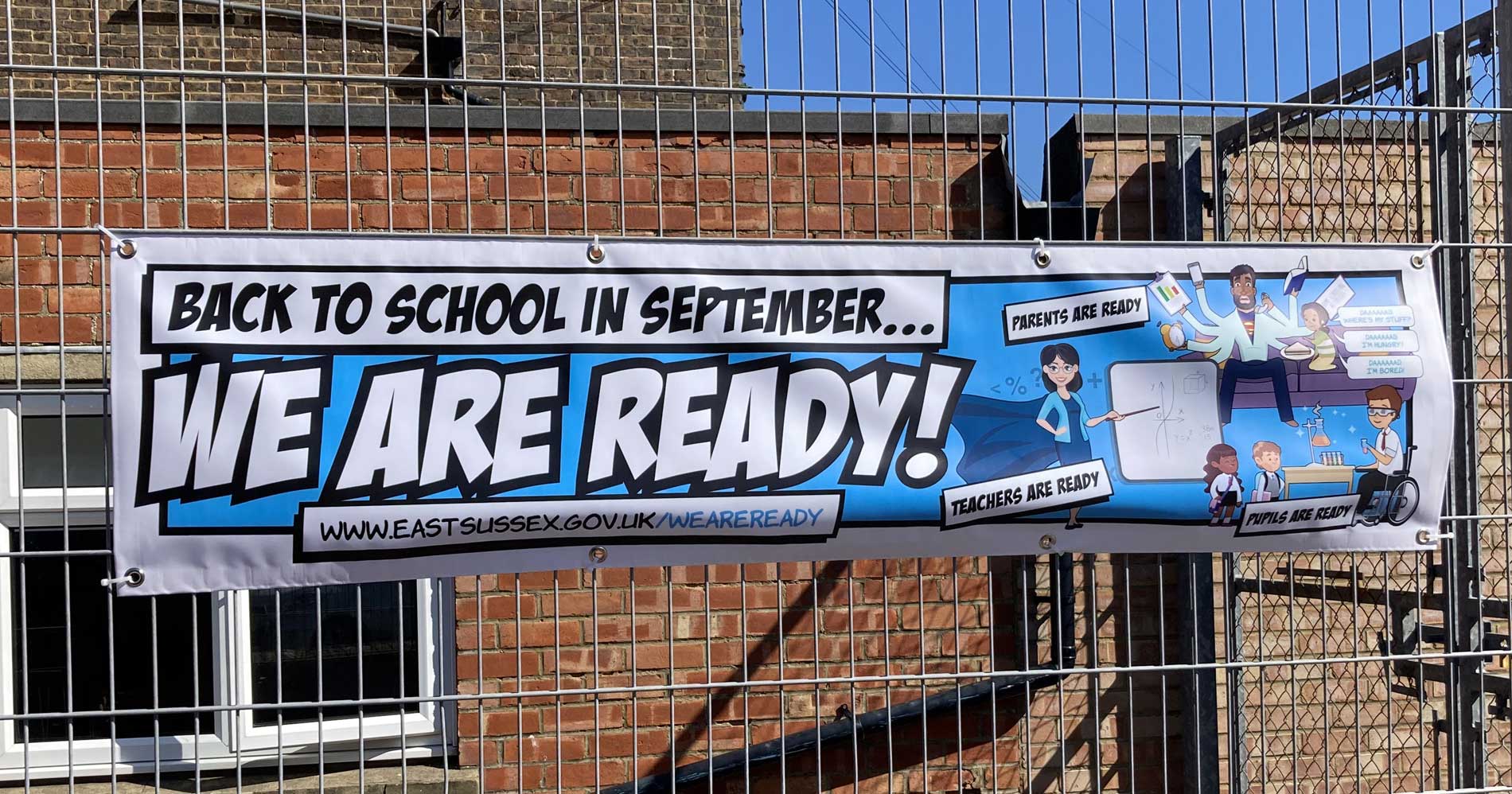 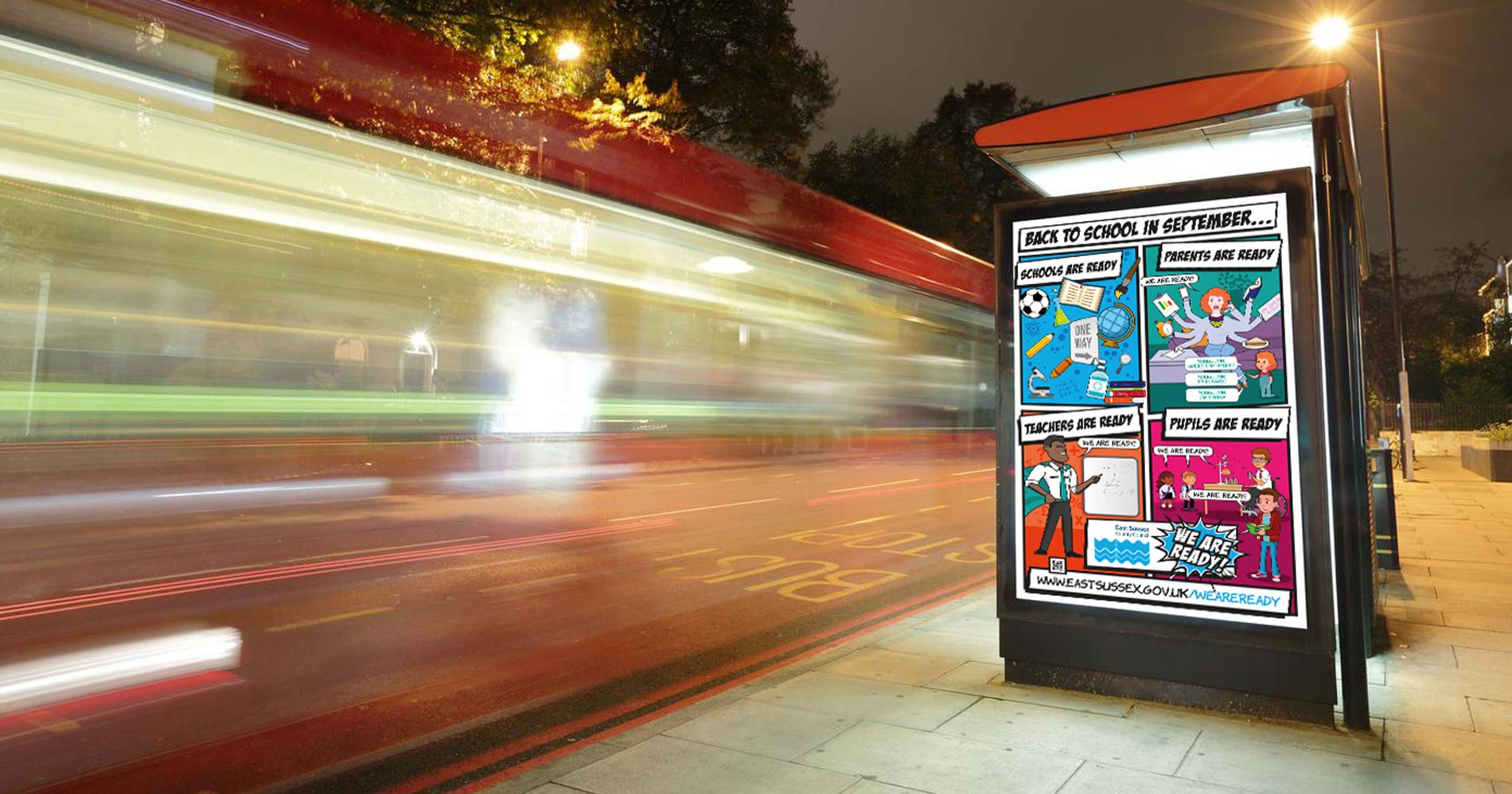 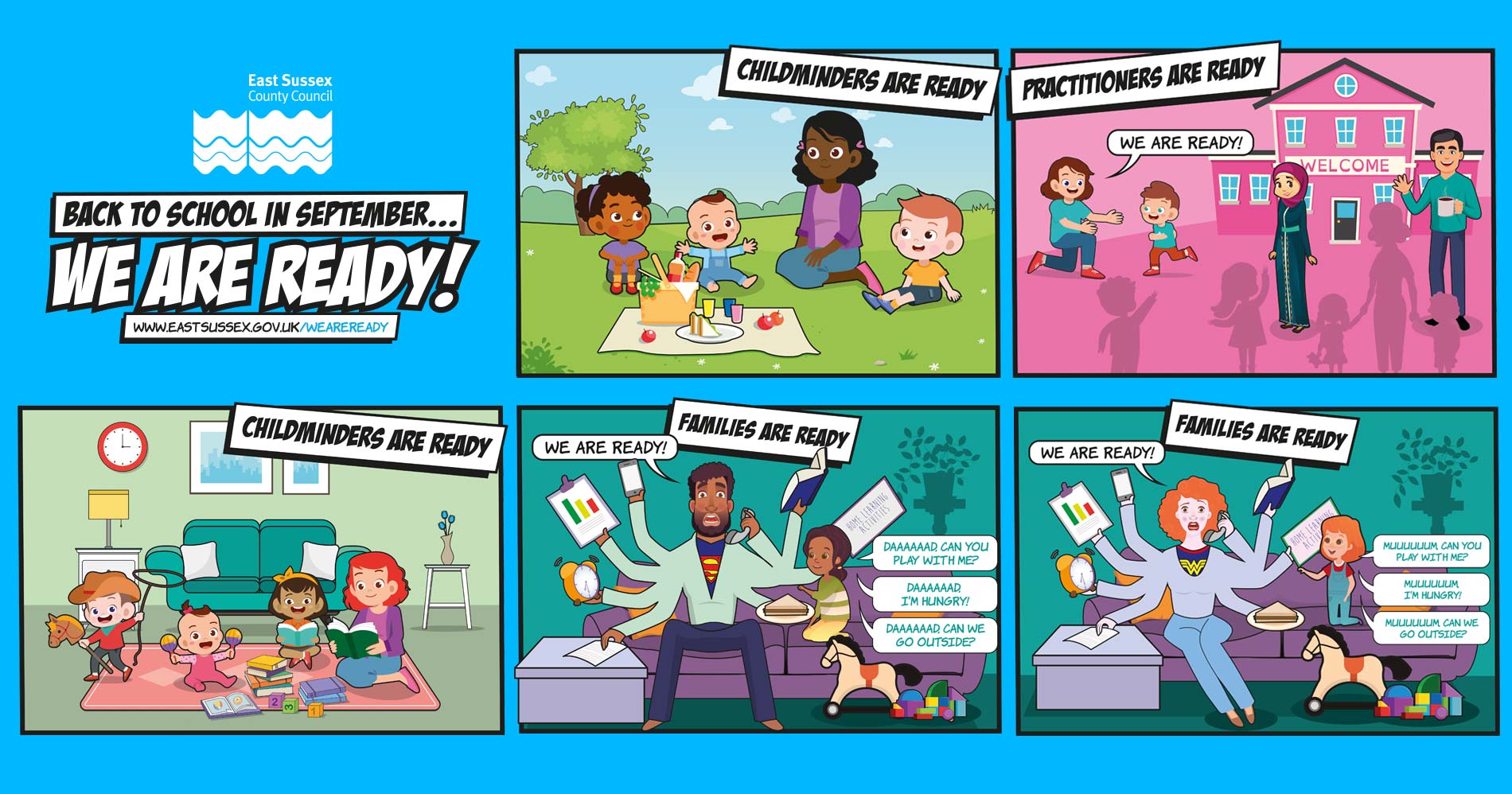