The East Sussex Youth Cabinet is a youth organisation in the United Kingdom, consisting of democratically elected members aged between 11 and 18. Formed in 2000, the cabinet now consists of around 20 members, who are elected to represent
the views of young people in their area to government and service providers.

Each year, the Youth Cabinet chooses a specific topic to focus their efforts for making improvements within the community. For 2020, the emphasis was on the environment and how schools can make small changes to have a large positive impact on the fight against climate change.

The Youth Cabinet, in collaboration with East Sussex County Council and Ashden created a ‘Schools Energy Audit Survey Form’. The purpose of the form was to act as a reference guide for students and decision makers to identify areas within the school where small improvements could be made that would have a positive impact on the environment.

The whole experience was uplifting. The students were engaged and had clearly put a huge amount of time and effort into researching and writing the document. A number of Zoom calls with them highlighted their passion for the project and their desire to ensure it worked.

A full colour version was designed using a bold yellow and black palette with iconography and stylised imagery. This version would be used in an interactive PDF format (allowing for form fields to be completed on screen) and for a small print run. We also created an eco-friendly version with only essential pages included, all colour and images removed and no large areas of black. This ensured that a minimal amount of paper and ink was used by those wishing to complete the form by hand.

The document is now being circulated around schools locally but because of the success, Ashden are now rolling it out nationally which means more schools will be making changes and reducing their impact on the environment. 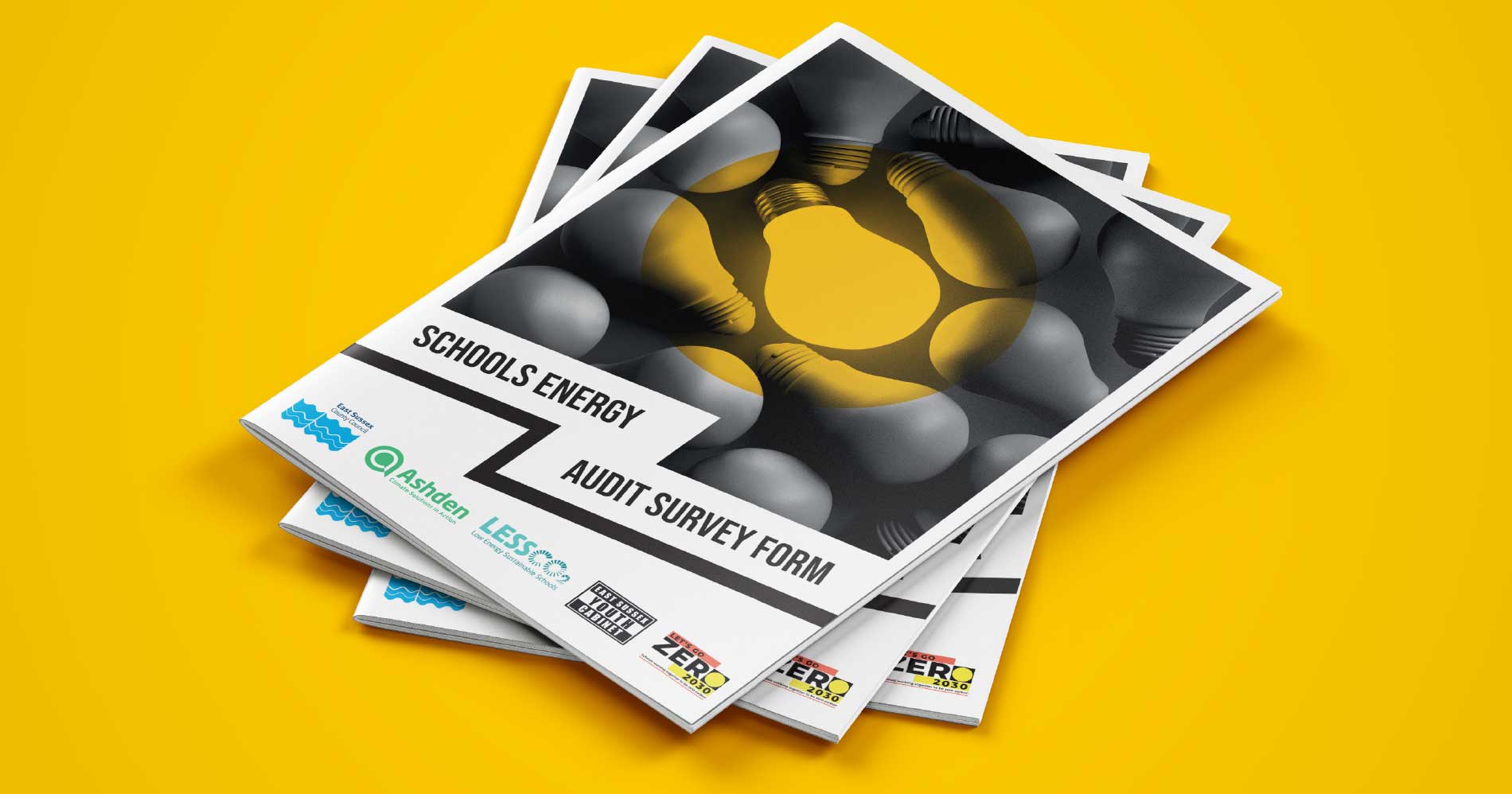 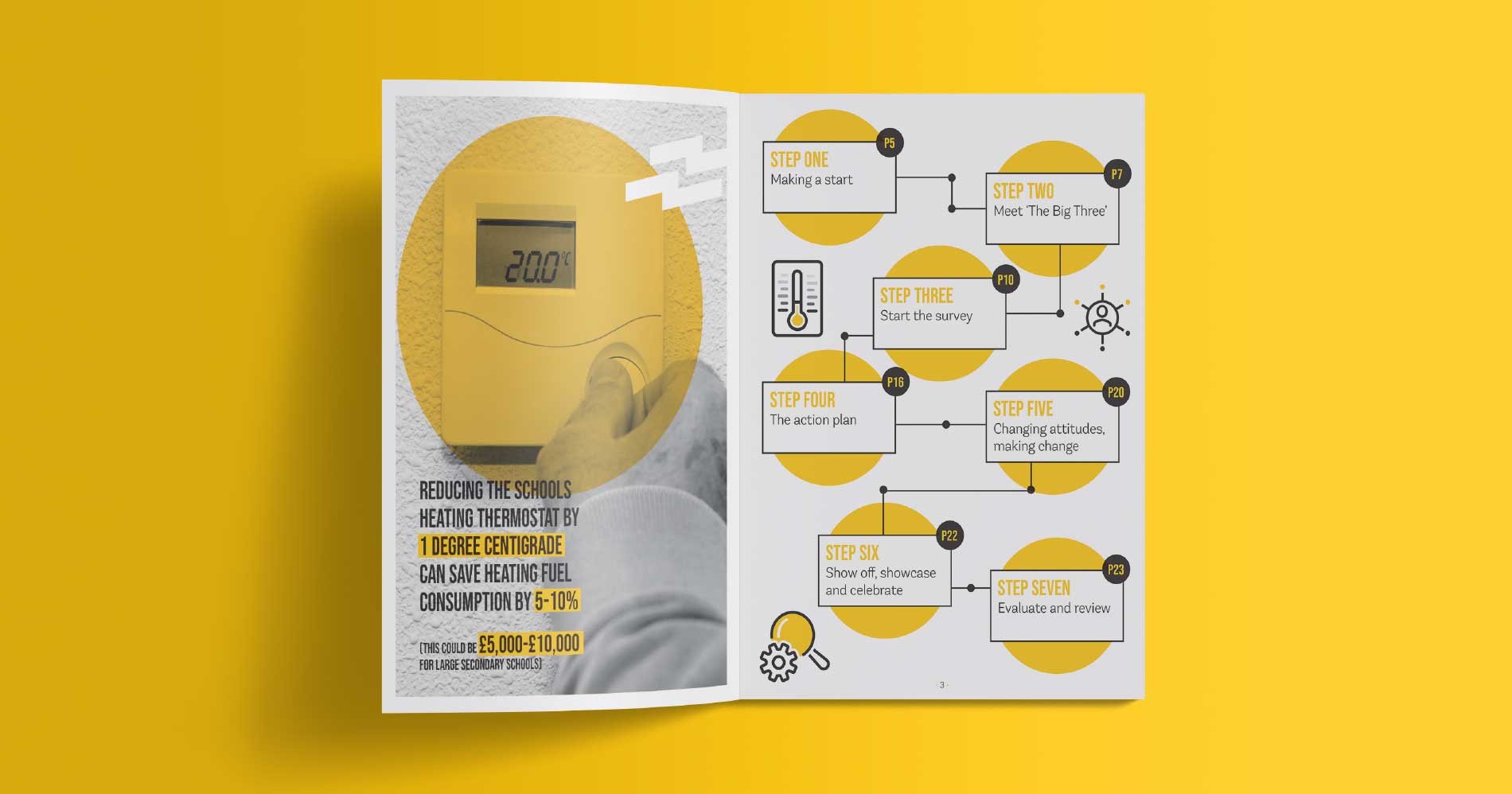 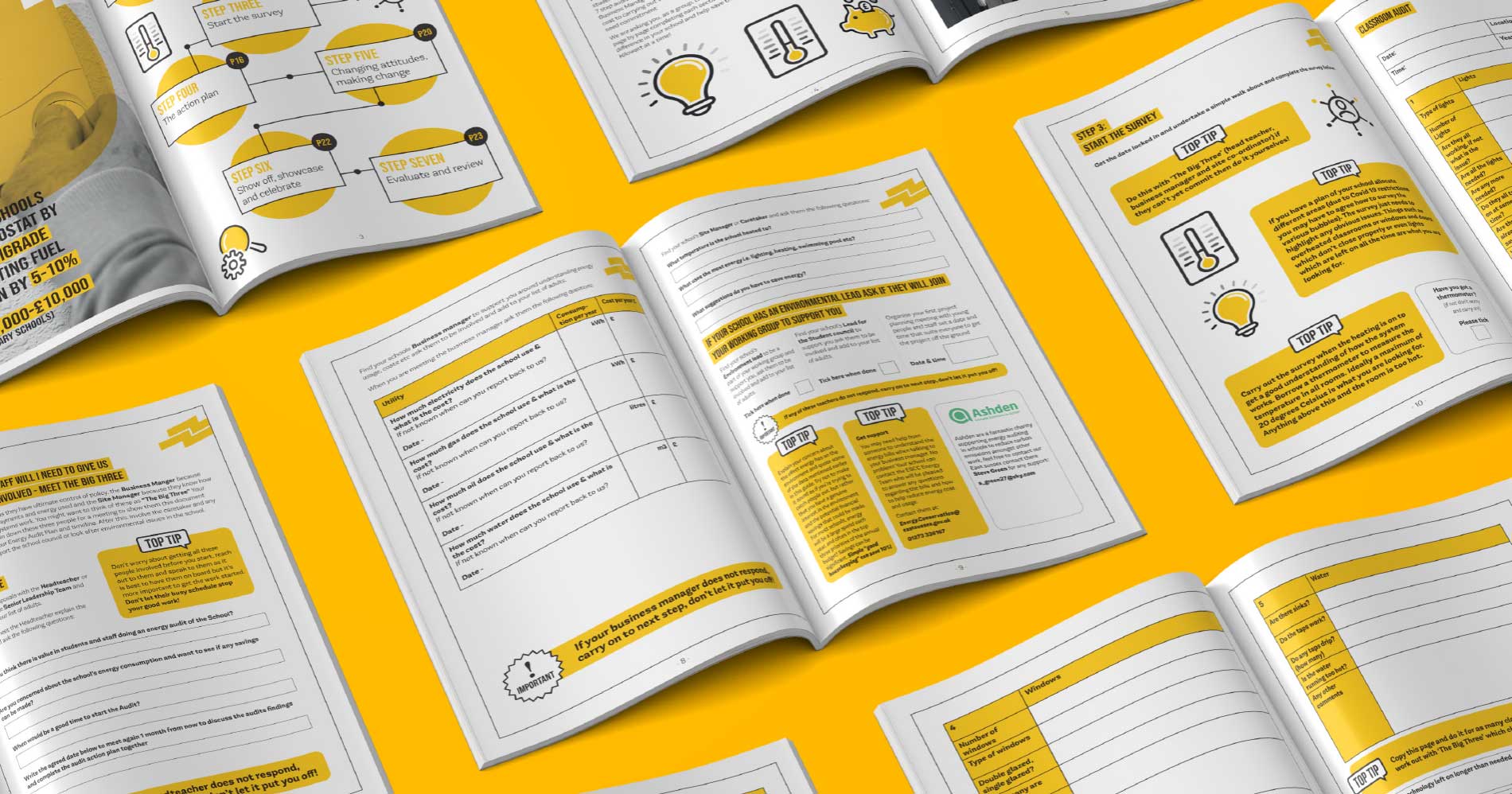